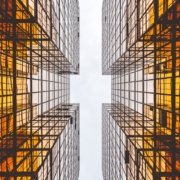 How it began, how it has evolved, what’s next?

In the mid-late 1960’s, operational domestic and international Infrastructure entities in different sectors like rail, energy transport, gas & electric distribution and communications, among others, looked at the financial landscape and gradually came to realize the obvious;  that the best way to maximize their respective profits was to stick with their core businesses.  For example, oil companies knew they made their “real money” from producing, buying and selling oil.  Pipeline companies made their “real money” from operating transportation pipelines, driving product through-put and delivery.

While it was true these Infrastructure focused entities required systems, networks and facilities to manage, operate and grow their respective businesses.  It was just as true that they did not make money by maintaining their own captive internal support staff to design and build their revenue generating assets.   Was it really cost effective to maintain large internal teams of engineers, surveyors, other professionals and craft crews on permanent payroll?   All of this internal staff  just to maintain assets and perform one or two new capital projects a year, and in some years none, was inefficient and costly business.

And so, the greater Infrastructure space embraced the model of outsourcing more of its asset design and construction related work (other professional services, too) to third party providers.  Although there were naturally pronounced mark-ups to the raw cost of the labor and expenses, Infrastructure owners were relieved of the burden of ever increasing state and federal labor regulations and legislation and of the hiring, retention and termination issues associated with that part of their work force.  As time went by, outsourced service providers charged ever increasing mark-ups, largely due to ever increasing overhead, so  Infrastructure Clients demanded and received indemnifications and performance guarantees that looked great on paper, but rather than resulting in truly better performance, only assured litigation when expectations were not met.

As catch-all, sometimes overreaching, indemnifications became more severe, contractor mark-ups increased in an upward spiral to hedge for insurance and other  “defensive” contingencies related to their services.  Thus, emerged the large third-party professional services companies who have dominated support to Infrastructure from the middle of the last century, well into this one.

And, while these large providers may be able to indemnify for mishaps related to safety, competence,  performance and/or delivery, wouldn’t it be far better for all concerned to be more invested in individual “key player” competence to avoid these situations in the first place?   Undesired results are most often caused by under qualified personnel, poorly defined scope, a lack of integrated coordination and communication between discipline/task groups, and insufficient control practices.    The people, events and circumstances which lead to costly do-overs, delays and legal disputes can be largely negated up front, with the end result competently delivered at a fraction of the time, energy and cost of dispute resolution.

Of course, projects are often bid, and won or lost, on price. Knowing that Infrastructure Clients are  reluctant to switch support once the contract is awarded and the materials are ordered, less scrupulous service providers bid jobs for far less than can actually be delivered.  They depend on scope vagary, with a conscious strategy of moving projects forward, not through highly qualified personnel, an integrated team approach or lucid execution strategy, but rather through time-killing, budget-creep change order tactics.   Another favored ploy to win a competitive bid Contract is to showcase stunning resumes (CV’s) of the service company’s star professionals, only to find them elsewhere deployed on behalf of another prior to the contract being awarded and the Client’s project commenced.

Onerous indemnification provisions do not prevent those issues, they only inflate pricing in order to provide a potential source of recovery after the damage is done.  Despite contractual indemnification language and guarantees, by the turn of the millennium, many Infrastructure owner entities had so weakened their own in-house capabilities, with their management wearing too many operational hats due to downsized permanent staffs, they became even more dependent on outsourcing.   They had surrendered their capacity to properly manage schedule, costs or the integrity of contracted personnel.  An outsource model that originally offered an attractive price and good results, now often came at a bloated cost with poor results.   Inferior personnel, budget and schedule creep and the quality of the services themselves have been the Achilles heel of attaining effective outsourced results.

At the same time, contracted frontline Infrastructure professionals so crucial to sought after outcomes; i.e. subject matter experts, program directors, project managers, field supervisors and lead disciplines, such as engineers, safety experts, land professionals, regulatory specialists and the like, were not personally realizing the enhanced compensation their services were commanding in the market.  While their service companies were enjoying  200% to 400% mark-ups on  contracted personnel, these same individuals were not seeing a proportionate increase in their own pay.  Additionally, even long-tenured third-party professionals traditionally have had very little control over where they are deployed or with whom who they are engaged.

What would help prevent project disasters?  What can equate to a huge percentage in savings on outsourced support?  Equipping Infrastructure owner decision makers with an efficient effective conduit to building a consulting “A Team”, pre-vetted and specifically selected from an array of choices, each then collated under one tent.  This would benefit those in the trenches, all invested parties, the end result and the bottom line, while alleviating the fear, loathing and cost of failure – mediation, arbitration or litigation.

Well, meaningful change has finally arrived.  The conduit that places Infrastructure Clients back in direct control of contracted resources and, at the same time, significantly saves on and extends outsourced labor and expense budget(s) is here to stay.   This may sound too good to be true.  (And, let’s be clear, there are some very good third-party service providers out there who can deliver high quality results.   But they are also mired in conventional model constraints.)  As a genuine alternative to the status quo, there is now a  professional services support platform which leverages low overhead, innovation, locale, efficiency and expediency in service to Infrastructure.  This model creates savings and gives personal control back to Infrastructure Clients, while at the same time, providing greater compensation and engagement flexibility to contracted Infrastructure Professionals.

To learn more, please visit us at www.4C.Solutions.

Mr. Cohen has served as General Counsel to both private and publicly traded companies, specializing in professional services to Infrastructure.